In the sixteenth century, a principle of hierarchy was introduced in the Japanese martial arts under the name “Menkyo”. The master was then giving his disciple a certificate in the form of a calligraphed roll, testifying the technical and mental transmission of the art (with 3 to 5 levels). This system of “titles” is still used today in some traditional schools.

The classification of ranks as we know it today, and belts (“obi” in Japanese) did not exist in the “Budo” (and obviously not in the ancient Okinawan Karate). Indeed, it is at the end of the nineteenth century that the “Kyudan” system of ranks and titles that is currently marking the advancement of the practitioner was introduced. It is divided into two categories:

It was Jigorō Kanō (1860 – 1938), the Founder of Judo, who adapted and modernized the rank system within the Dai Nippon Butoku Kai (umbrella organization of all Japanese martial arts). In 1926, Gichin Funakoshi (1868-1957) started to apply it to Karate when he began to teach in Japan.

Ranging in descending order, “kyū” (級: class, rank, rank) shows the evolution from white belt (6th kyu = beginner usually) until the brown belt (1st kyu). These ranks are awarded to students by the teacher, after a test in the dojo. Initially, in Japan, white belts became brown belts after years of practice. Later, intermediate colors were introduced. Today, many variations can be found, depending on countries and dojos (edges, two colors, stripes, other colors…): the general idea remains however the evolution from a belt to another, with colors ranging from light to dark..

The table below shows three rank systems for kyu in karate. The first is still commonly used in Japan, and faithful to the original system introduced by Sensei Kanō. It should be noted that the 6th kyu (in Judo) was at the time was not a white but blue sky belt. The second system, with intermediate color belts, is one commonly used in the West (especially in France). The third system represents a coding in 9 kyu: there are also 8, 10, and even 12 kyu systems. For children, two-color belts can be used to mark an evolution that is logically slower than adults.

Thanks for the belts design to Buddy23Lee and Spoxjox [CC BY-SA 3.0], via Wikimedia Commons

Ranging in ascending order, the “dan” (段: waypoint, level, degree) indicates the evolution of the practitioner after obtaining the brown belt (1st kyu), from  the 1st to 10th dan. The dan is symbolized by wearing a black belt and is awarded during a federation test (country, league, regional, national) before a three-members jury: out of respect, ask your teacher before entering the dan examination. From the 8th dan, there is no further examination, the rank being awarded by the federation, on an honorary basis. The higher the degree, the higher the technical skills, as well as mental and moral merit.

In Japan and Okinawa, the masters themselves were issuing these grades to their students, and some continue to follow this tradition, without necessarily being concerned by federations recognition. From the 6th dan, it is possible to associate wearing a red-and-white belt (the colors of Japan), and a red belt for 9th and 10th dan. It should be noted that the recognition of a dan from one country to another implies that the federation of the country awarding it is recognized by the World Karate Federation (WKF). In the table below is the minimum age required for the granting of a dan in France (this is almost identical to the WKF). Moreover, the practice time to move from one dan to the next gets longer as you progress: you have to practice 3 years to go from 2nd to 3rd dan, then 4 years to go from 3rd to 4th dan, and so on.

(*) The Master titles (Renshi, Kyoshi and Hanshi) are not necessarily awarded with dan. Moreover, the white and red belts, or red belts, are reserved for them.

The meaning of ranks in Japan

You should know that in Japan, dan are also used in strategy games like “Go” or chess game, and in cultural arts (calligraphy, flower arrangement…) to indicate different levels of mastery or experience. In the martial arts, below is the traditional meaning of the grades awarded to the “Yudansha” and “Kodansha”:

For the record, Jigorō Kanō was the sole owner of the 11th dan: after his death, he was awarded an honorary 12th Dan, the highest honor, symbolized by a wide white belt (beginner color to signify that we always have something to learn).

How about you? How important do you think ranks are? 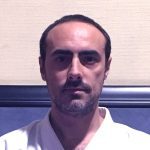